Staffordshire Young Musician competitions for Instrumentalists and Singers, organised by Entrust Music Service Staffordshire, are supported by FOSYM both financially and with volunteer help.

FOSYM’s support over the years has been vital in providing an opportunity to encourage and celebrate the hard work and achievement of young people in their music-making.

Those that win the coveted title of ‘Staffordshire Young Musician’ report how being part of the events has inspired them and given them confidence at a vital stage in their musical journey. It has also opened up opportunities. FOSYM keeps in touch with many past winners and follows their careers with great interest.

The first round of the 2020 competition was held in early Spring.  Adjudicator Nigel Argust chose the finalists from a large number of entries and eventually the final took place as an online event in December.

The competitors rose to the challenge to get their recordings completed in lockdown and despite having had few face-to-face lessons and some having to use backing tracks, the recordings were excellent and a great tribute to parents and performers.

Both Junior and Senior Competitions had nine performers and a range of instruments and voices were represented. Those present online on the night were treated to excellent performances. The standard was very high and adjudicators Keith Orrell and Richard Jeffries, both superb musicians in their fields, gave very well-deserved praise and supportive comments to each performer.

The four 2020 winners each received a cash prize and a trophy (which they will get at some point soon!) from FOSYM.

Huge thanks to FOSYM, to all who took part and to all the families for their support. 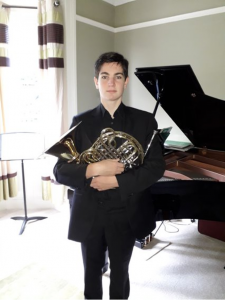 James is a VI Form student at Walton High School, Stafford. He is taught French Horn by Bill Moss and has been playing for nine years.

As well as youth groups, James has also performed with adult groups including Stafford Sinfonia and Staffordshire Brass.

Although James enjoys participating in musical ensembles, he particularly enjoys solo work. He has made numerous solo public performances and one day would love to go on to follow a solo career.

James has appeared in the finals of SYMOTY for the last five years, which has been wonderful experience for him and has provided a great springboard for his musical development.

James passed his Grade 8 with distinction when he was just 12 years and his ATCL first Recital Diploma at the age of 14. At Easter he will be sitting his LTCL. The recital will include Mozart Horn Concerto No.2, Franz Strauss Horn Concerto and Saint-Saens Romance for Horn. For this year’s SYMOTY he will be performing a selection of the works.

As well as his love for music James enjoys playing sport, particularly Rugby and also working out at the Gym. He plays for Stafford Rugby club and has received a number of player awards with them. To see James’s winning performance CLICK HERE. 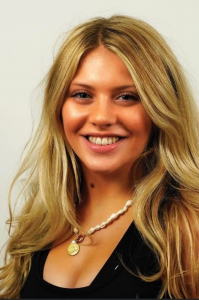 Bibi Simpson is 16 years old and from Leek, Staffordshire.

Bibi has always loved to sing. Her fondest memory as a child was watching the magical Wizard of Oz. She often loved to dress up as Dorothy and singalong to ‘Somewhere over the Rainbow’. Since then, Bibi has really found a passion for singing and performing. Through amateur theatre Bibi has had the honour to play some amazing roles such as Alice in ‘Alice and Wonderland’, Wendy Darling in ‘Peter Pan’, Sharpay in ‘High School Musical’ and Meg Giry in ‘The Phantom of the Opera’. Bibi was also meant to play the leading role of Elle Woods in ‘Legally Blonde’, but due to the current situation the show has been postponed.

As well as amateur productions Bibi has also taken part in various competitions and charity concerts. In 2019 Bibi made it to the final of the ‘Westend Calling’ competition, giving her the opportunity to sing in one of Andrew Lloyd Webber’s theatres in London. Now at the age of 16 Bibi is currently training in Musical Theatre at the Jill Clews Academy of Arts and is really enjoying her time there. Winning Staffordshire Young Singer of the Year 2020 is a real honour for Bibi and she would like to thank everyone for their support. To see Bibi’s winning performance CLICK HERE. 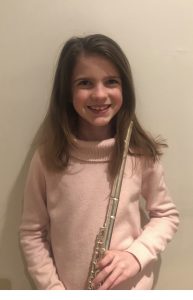 Hi, my name’s Ailish Steele and I recently turned 12 years old. I started Stafford Grammar School in September and I’m in year 7. I began my playing 4 years ago, when my flute teacher, Mr Milgate-Scarrott came to my school and presented an assembly, showing and explaining woodwind instruments. When he played the flute, he played Star Wars and I wanted to do it too.

I have been playing my flute in concerts and bands over the last few years. I’m looking forward to more concerts after the lockdowns have ended.

Last year, I decided to go in for the Young Musician competition and really enjoyed the experience; and then I got through to the final, but it was postponed over lockdown. However, I still practised and practised and when I recorded my music, I loved it and…I won! I was very shocked and surprised to have won because all of the other musicians were brilliant. I am very happy with this!!

I love playing my flute and when I’m older I want to play music to people that fills them with joy and happiness. To see Ailish’s winning performance CLICK HERE. 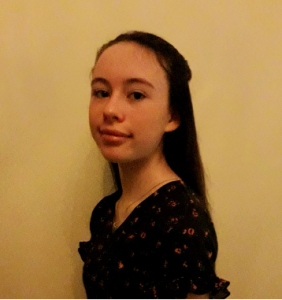 Now aged 13, Lydia is a busy senior girl Chorister. She has sung with the girl Choristers in the presence of royalty, recorded Christmas CDs and sang at many venues. She had the privilege of singing the iconic solo “Walking in the Air” as part of the Snowman 2019 tour at Lichfield Cathedral.

Lydia also sings with Lichfield Cathedral’s Youth Voices and is a Young Singing Leader with MusicShare (an award winning singing outreach programme), sharing with other children the joy of learning and singing popular, classical and choral music.

As well as singing, Lydia has played violin since the age of 7 and has played for a number of ensembles and orchestras, including Staffordshire East Orchestra and Concertante Strings. To see Lydia’s winning performance CLICK HERE. 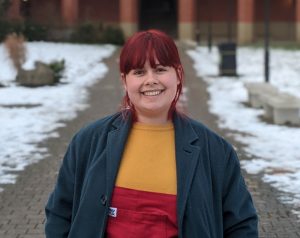 I’m Noa, a second-year music student at the University of Birmingham, primarily studying percussion performance and I was the winner of Staffordshire Young Musician of the Year 2019.

My experiences of playing in multiple years of the competition have inspired me to continue exploring my passion for music, giving me the space to develop the performance skills and the self-confidence to continue studying music at degree level.

Playing alongside with musicians of such high quality in both the heats and final of this competition always pushed me as a musician, with the competitive element between performers (many of whom were my friends from music service ensembles) encouraged me to always endeavour to create performances of a high standard.  Putting this competitive aspect aside, I always remembered Staffordshire Young Musician events as having a friendly and welcoming atmosphere, from both the competitors and the judges, which allowed me to use it as a platform to take musical risks in my playing.

I also remember how the feedback given in performance sessions enabled me to continue developing as a musician.  From these constructive comments I was able to see my performance through an external set of eyes and ears and as a result, I discovered ways of improving my music that I had never considered before!  I always remember that regardless of your ability, the judges would always be supportive of you as a performer, highlighting your successes whilst encouraging further development.

The overall experience of participating and winning Staffordshire Young Musician of the Yeare has shown me how the support and encouagement of FOSYM through this event has been essential in my development as a musician.  Since winning the competition in the summer of 2019, I have been involved in various musical projects including working for the Music for Youth National Festival and being part of the CBSO Youth Ambassador scheme for the academic year 2019-20.  Without the confidence boost that came from participating in and winning Staffordshire Young Musician of the Year, I would have never even tried to apply to be part of incredible opportunities such as these. 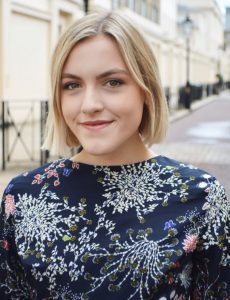