WHY IS MUSIC EDUCATION IMPORTANT?

‘Music should be an entitlement for every child, an integral part of school life and never side-lined as just a ‘nice to have’ subject.’ (Music Mark)

It is the goal of Friends of Staffordshire’s Young Musicians (FOSYM) that every child in the county should have the opportunity to access an excellent musical education.  Vital to this all-round musical education is the development of instrumental and vocal skills and the teamwork needed to perform with others.

Music can break any boundaries created by language, age and culture.  A worthy subject in its own right, music enables an unrivalled expression of human emotion and is proven to aid educational development and increase confidence.  Music can have an immeasurable impact on our lives – not least for giving us life-long friendships and memories.  Accessing all these opportunities can come at a cost so do get in touch as we’d like to help where we can.

FOSYM is committed to enabling the young people of Staffordshire to access and develop music lessons and to take the next steps in their musical journey. 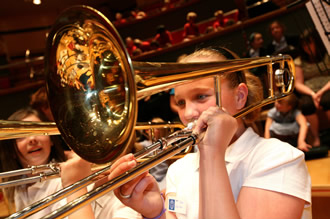 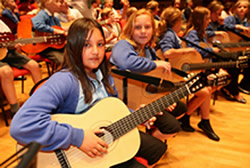 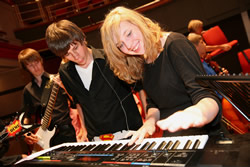 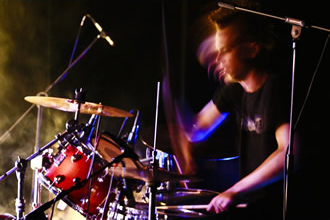 I am currently co-Principal ‘cello at the Philharmonia Orchestra with a busy schedule of London and regional concerts, world touring and recording music for film, TV and even video games.

As a child growing up in Staffordshire I believe my musical education and experiences there were instrumental in me being able to pursue such an amazing career!

I was singled out at school by the Director of the Music Services for Staffordshire when I was 6 years old.  He heard me play the piano and offered me a tiny ‘cello to play – I’ve never looked back.  I had a peripatetic ‘cello teacher from the music service called Rosemary Whalley.

I went to play in orchestra on a Saturday morning with Quentin Duerden in Newcastle-under-Lyme.  I joined the rather long-winded County School for Potentially Talented young Musicians (or Talent School) on a Thursday night and then the Staffordshire Youth Orchestra on a Friday night.  There was even a coach to take me to Stafford!  We had structured rehearsals (Alex Fawcett) with standard repertoire and we even went on tour!

Having all these things available to us made a huge difference and the possibility of a career in music became a reality.

Following on I joined the National Youth Orchestra and had Saturday music training and lessons at the RNCM in Manchester.  An Academic degree at Trinity College, Cambridge and a postgraduate degree at the Royal Academy of Music in London followed, and also a position in the European Community Youth Orchestra.

I truly believe I have a debt of gratitude to the Staffordshire County Music Service, FOSYM and to all the people there who helped me on my way.

Being able to perform in the County Orchestra, Wind Band and County Chorus gave me the opportunity to develop my musicianship on a higher level while still at school.  I strongly believe these experiences helped to prepare me for a career in the classical music industry.

As a graduate of the Royal Northern College of Music I’ve had the opportunity to perform across Europe and develop my artistry but I know without studying with Catherine Mason (my Entrust vocal teacher) during secondary school, I never would have discovered my passion for singing or have known about conservatoire education.

I’m one of a few students at RNCM to reach conservatoire level after having the majority of my lessons at school which is testament to the quality, enthusiasm and commitment of Entrust vocal teacher.

FOSYM and Entrust have continued to support me through my early career giving me performing opportunities and encouragement!